Q&A: 7 Things You Need to Know About Monkeypox

The first case of monkeypox (MPX) in Douglas Co was confirmed yesterday. We know there have been a lot of questions about MPX and what our response will look like. Here is some Q&A.

Monkeypox is a rare disease from the smallpox virus family. Symptoms are similar to but milder than smallpox. Monkeypox is rarely fatal; however, symptoms can be painful and can leave permanent scarring.

How is MPX spread?

Monkeypox can spread to anyone through close, personal, often skin-to-skin contact, including direct contact with monkeypox rash, scabs, or body fluids from a person with monkeypox, touching objects, fabrics (clothing, bedding, or towels), and surfaces that have been used by someone with monkeypox, contact with respiratory secretions. With that being said, respiratory transmission is much less likely than with influenza or COVID.  A person with monkeypox can spread it to others from the time symptoms start until the rash has fully healed and a fresh layer of skin has formed. The illness typically lasts 2–4 weeks. At this time, data suggest that gay, bisexual, and other men who have sex with men make up the majority of cases in the current monkeypox outbreak. However, anyone, regardless of sexual orientation or gender identity, who has been in close, personal contact with someone who has monkeypox is at risk.

What are the symptoms?

People with monkeypox get a rash that may be located on or near the genitals or anus and could be on other areas like the hands, feet, chest, face, or mouth. The rash will go through several stages, including scabs, before healing. The rash can initially look like pimples or blisters and may be painful or itchy. Other symptoms of monkeypox can include fever, chills, swollen lymph nodes, fatigue, muscle aches, headache, cough. Sometimes, people have flu-like symptoms before the rash. Some people get a rash first, followed by other symptoms. Others only experience a rash.

What is the treatment?

There are no treatments specifically for monkeypox virus infections. However, monkeypox and smallpox viruses are genetically similar, which means that antiviral drugs and vaccines developed to protect against smallpox may be used to prevent and treat monkeypox virus infections. Antivirals, such as tecovirimat (TPOXX), may be recommended for people who are more likely to get severely ill, like patients with weakened immune systems. Most patients recover just fine in 2-4 weeks without the need for treatment.

What should I do if I think I’ve been exposed to MPX?

If you had a monkeypox virus exposure and are asymptomatic you should be monitored. Monitoring should include assessing for signs and symptoms of monkeypox, including a thorough skin exam, at least daily, for 21 days after your last exposure. The CDC recommends vaccinations for people who have been exposed to MPX.

If I have MPX, how long should I isolate?

Patients with monkeypox should continue to isolate and follow prevention practices until all lesions have resolved, the scabs have fallen off, and a fresh layer of intact skin has formed, which can take 2-4 weeks.

How do I get a test or vaccine?

KDHE is sending test kits and vaccines to Heartland Community Health Center, these will be available soon for new and existing patients. We will continue to provide updates when these are available. If you are in urgent need of a test or vaccine now, contact  Lawrence Douglas County Public Health. 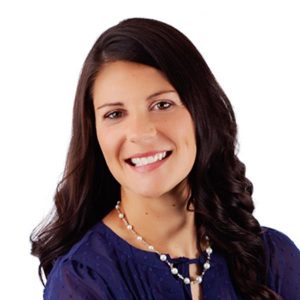 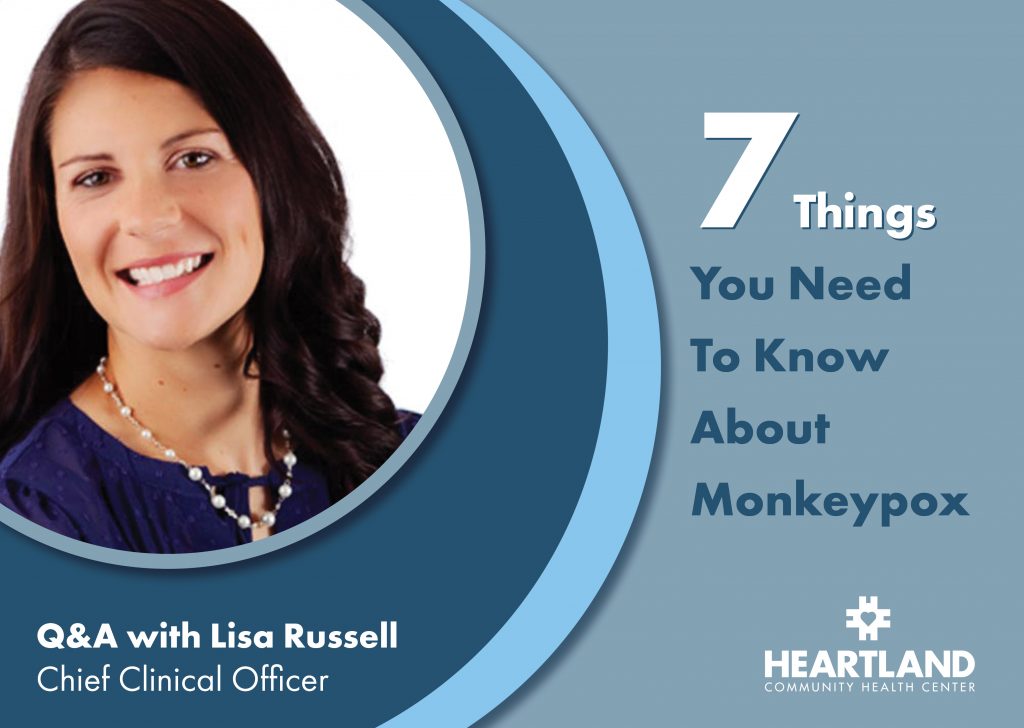 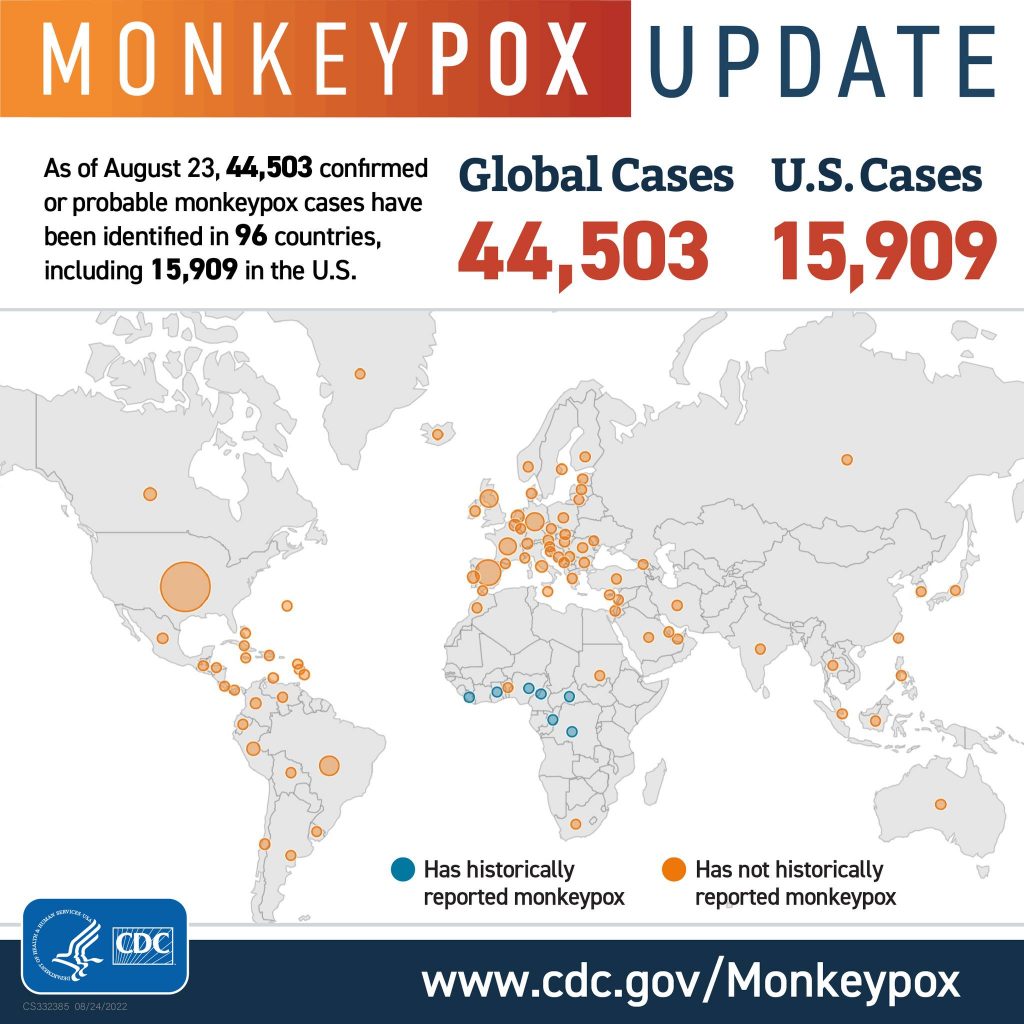