Safety concerns for runners forced to the forefront

Eliza Fletcher was 34 years old. She was a mother, a wife and a teacher. She was abducted during an early morning run in Memphis and murdered.

That harassment caused 60% of those runners to change their route or the time of day they run. Others began carrying protection, switched to a treadmill or stopped running solo.

If you don’t want to trade in running on the road for a treadmill, what can you do to stay safe?

Everyone deserves to feel safe when they run. It’s not the fault or the responsibility of a runner to protect themselves from harassment. However, until society changes, we can make changes to help us stay safe.
The Kansas Half-Marathon takes place in Lawrence, Kansas, on November 6th, 2022. Safety precautions are being made to ensure all runners have a positive   and safe experience. You can view both the half-marathon and 5K routes HERE.

RunStrong is a team of specialized sports medicine experts through LMH Health. LMH Health is a proud sponsor of the Kansas Half Marathon & 5K. 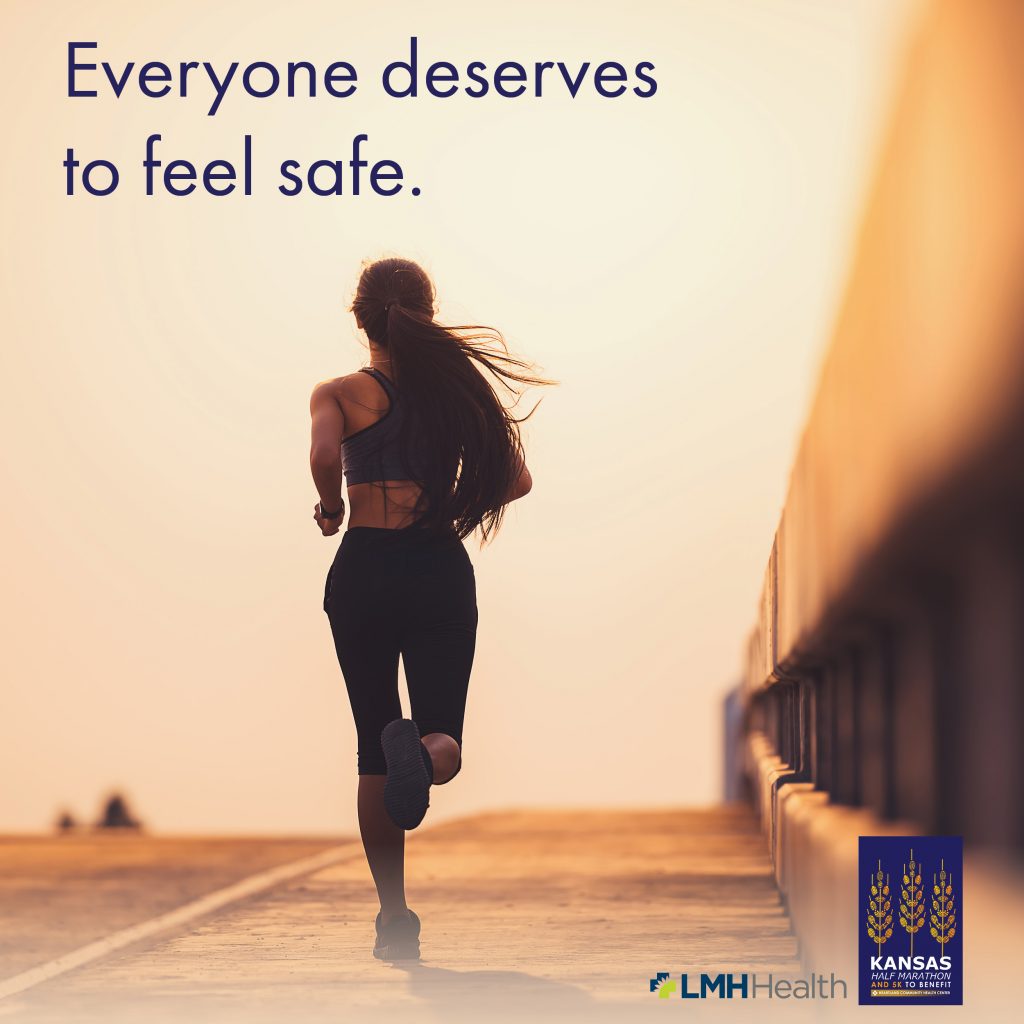